I have always been very passionate about reptiles. At ten years of age, I had my first encounter with a Terciopelo pit viper, or Fer-de-Lance, in the Ecuadorian Chocó Rainforest. At that time, of course, I didn’t know that I had in front of me a venomous species. Regardless, I kept my distance and admired him quietly for around 10 minutes. Maybe it is their elegance, their stance, their scales…this group of vertebrates is my favorite on Earth!

Twenty years later, and after publishing some scientific papers and my second book about studying and preserving these “scaled” animals, I got an unprecedented opportunity: to partner with one of my most admired conservation NGO’s on a living-laboratory and have the chance to work with the largest truly terrestrial reptiles alive today. Suppose I could go back in time and tell my younger self in front of the snake that in two decades, he would be documenting the work that Galápagos Conservancy does in the Galápagos Islands with giant tortoises. I think that he (I!) would never have believed it.

Reaching up to nearly a half-ton in weight, giant tortoises exclusively inhabit the Galapagos and Seychelles Islands. But the vast majority of them (12 extant species!) live in Darwin’s Archipelago. My task over the past year has been to photograph not just as many species as I could, but to primarily document the behind-of-the-scenes activities of the Giant Tortoise Restoration Initiative (GTRI) — one of the most important, emblematic and successfully projects in Galápagos — led by the passionate Wacho Tapia and his team.

These giant reptiles were almost driven to extinction 200-300 years ago because buccaneers and whalers used to take them on their ships to guarantee fresh meat aboard. Today, the GTRI’s ultimate goal is to restore giant tortoise populations to their historical distribution and numbers across Galápagos, including on islands where tortoises went extinct.

But, can you imagine how hard the fieldwork is walking on lava rocks under the Equatorial sun, carrying a tortoise of the size of a small fridge, and camping in the middle of nowhere for a week or more? Well, the Galápagos rangers and scientists are brave and strong people who do just that.

During the past year, I have had the chance to follow their steps, from monitoring newborns tortoises that fit in your hand, to using a helicopter to reintroduce an adult tortoise from the breeding center to its native island. However, it’s challenging to visualize and appreciate the conservation perspective working with these giants because they can live for more than 100 years. This means a lot of long-term planning, funding, and vision…and a lot of patience!

My main goal in writing this is to underscore the backbreaking work that GTRI team does every day to ensure these massive reptiles thrive. Just in the last several years, we have had a lot of great news like the discovery of a giant tortoise on Fernandina Island, the description of the new tortoise species in Santa Cruz honoring Don Fausto Llerena, the closure of the Española breeding program with the return of Diego and 14 other tortoises to their home island, the plan to bring back the Floreana Island tortoise species, and the general improvement of the populations of Pinzón, San Cristóbal and Isabela tortoises.

At the end of the day, the Galápagos Islands got their name in honor of these majestic giant tortoises. We need to keep protecting them and their habitats, and continue supporting the brave local guards and scientists’ immeasurable work. 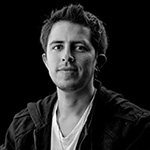 Lucas Bustamante has been bitten by countless snakes, chased by elephants, and has dived among whale sharks. He is an Ecuadorian biologist and wildlife photojournalist whose main goal is to use photography as a tool to promote environmental and cultural conservation. He is the CEO and director of photography at Tropical Herping and Associated Fellow of the International League of Conservation Photographers (iLCP).