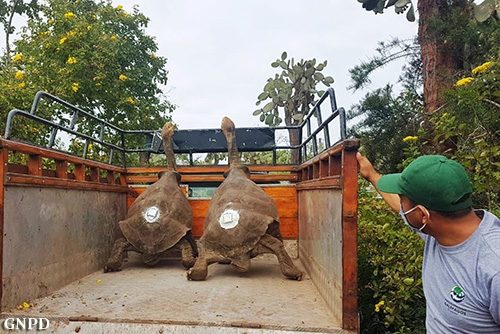 On Monday, June 15, 2020, the Galápagos National Park Directorate and Galápagos Conservancy carried out the release of the original group of 15 reproductive adult tortoises from Española Island (Chelonidis hoodensis) back to their island of origin as part of the Giant Tortoise Restoration Initiative (GTRI). The Española tortoise program, which was created in the mid-1960s, represents one of the most successful captive reproduction and breeding programs ever undertaken anywhere in the world, as these 15 last remaining tortoises from Española effectively saved their species from extinction and have contributed to the restoration of the island’s ecological integrity.

With their return to their island of origin, they will join approximately 2,300 other tortoises that now reproduce naturally on the island — which is now able to support the growing tortoise population in the long term following the eradication of introduced goats. The Española captive breeding program is officially closed after being deemed a success.

“This captive breeding program, in addition to the management actions implemented on Española island, give us peace of mind that we managed to save a species that would otherwise have become extinct. It can only be described as successful and an example of the conservation efforts that we implement as a National Government in synergy with our allies,” said Paulo Proaño, Minister of Environment and Water.

The 15 breeding tortoises were subjected to an extended quarantine process, as their release was initially planned for March but the COVID-19 pandemic prevented their transfer at that time. Prior to their release, they were internally and externally de-parasitized and an identification microchip was placed in each. At dusk on Sunday, the tortoises were loaded on board a Galápagos National Park boat that would sail for Española on Monday.

After arriving on the island and completing the disembarkation, the rangers and scientists began the 1.5 mile journey to Las Tunas, where the largest number of Opuntia cacti is concentrated (the primary food for tortoises), which will facilitate their re-adaptation to their home island.

“The work is strong but the commitment is stronger; the 12 females, weighing an average of 77 lbs, were carried by a single person, while for the 3 males whose weight exceeded 120 lbs, two people were needed in relays. After the release, the staff remained for approximately four more hours, making observations of the behavior of the tortoises as they settled back into their home,” said Danny Rueda, Director of the Galápagos National Park.

“The first monitoring trip will take place in about six months,” commented Washington Tapia, Director of the GTRI through Galápagos Conservancy. “However, each tortoise has a GPS satellite device that will send six positions daily, which will add to images from 40 motion-triggered cameras distributed in the area. These will allow us to know all of their movements and activities.”

Diego’s Legacy and the 14 Other Breeding Tortoises

The famous giant tortoise Diego, that was originally transferred from the San Diego Zoo, has also returned to his island of origin almost 80 years after he was removed.

Diego’s story began when there was a need to increase the number of breeders in the captive breeding program. Only 12 females and 2 males were found on Española island, as this species was heavily exploited by mariners in the 1800’s to the point of near extinction. It was necessary to do a worldwide search to determine if there were more individuals, especially males, that could contribute to the genetic variability of this unique species. The search paid off, and an adult male was found at the San Diego Zoo, having been collected on the island by a research team in the mid-1930s.

The tortoise then began his return trip to the Galápagos, where he arrived in 1977 and quickly joined the captive breeding program, originally started and managed in its first decades by the Charles Darwin Foundation. Diego actively contributing to the reproduction of a large number of hatchlings (approximately 40%).

Despite their great age (Diego is more than 100 years old), each tortoise remains fit and agile and is expected to do well back on its home island — and perhaps even better than in captivity, given the abundant food and space now on Española Island. 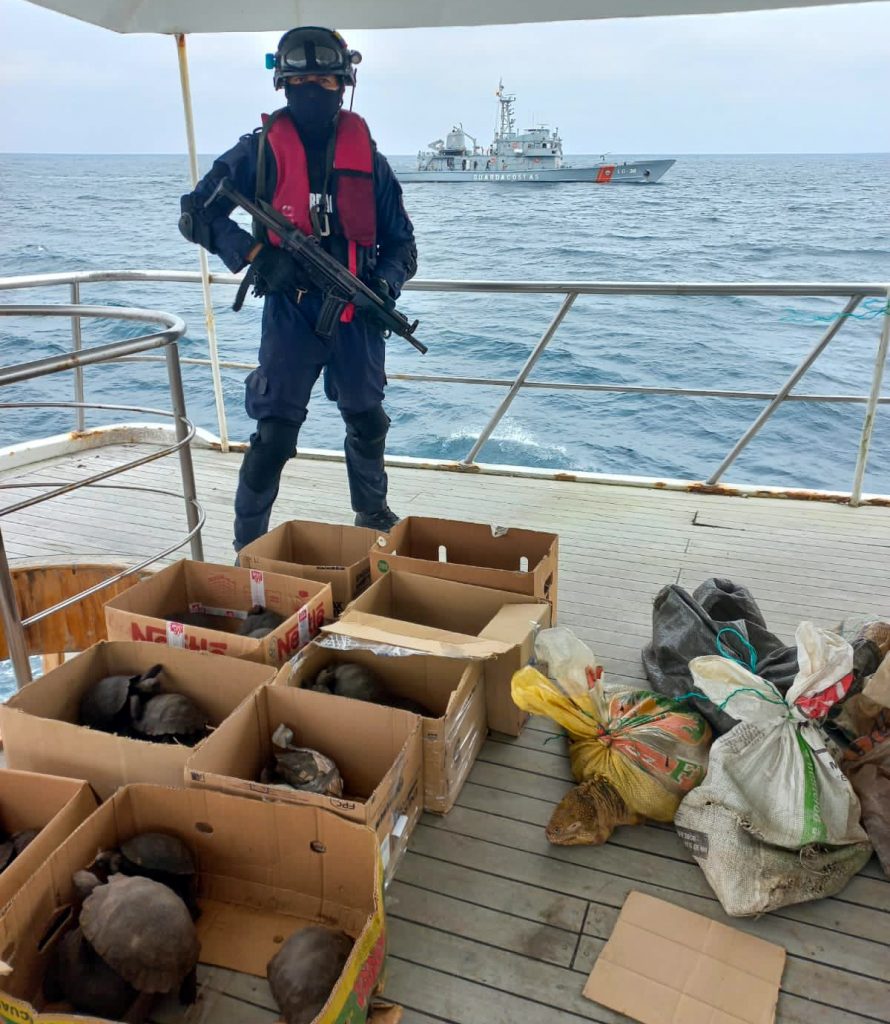 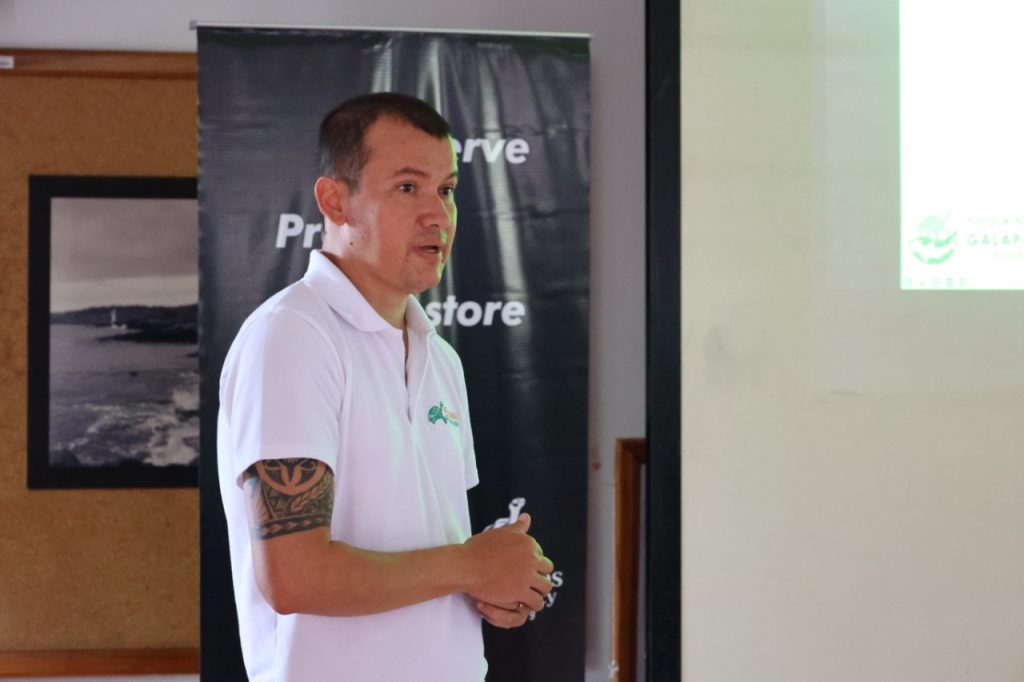 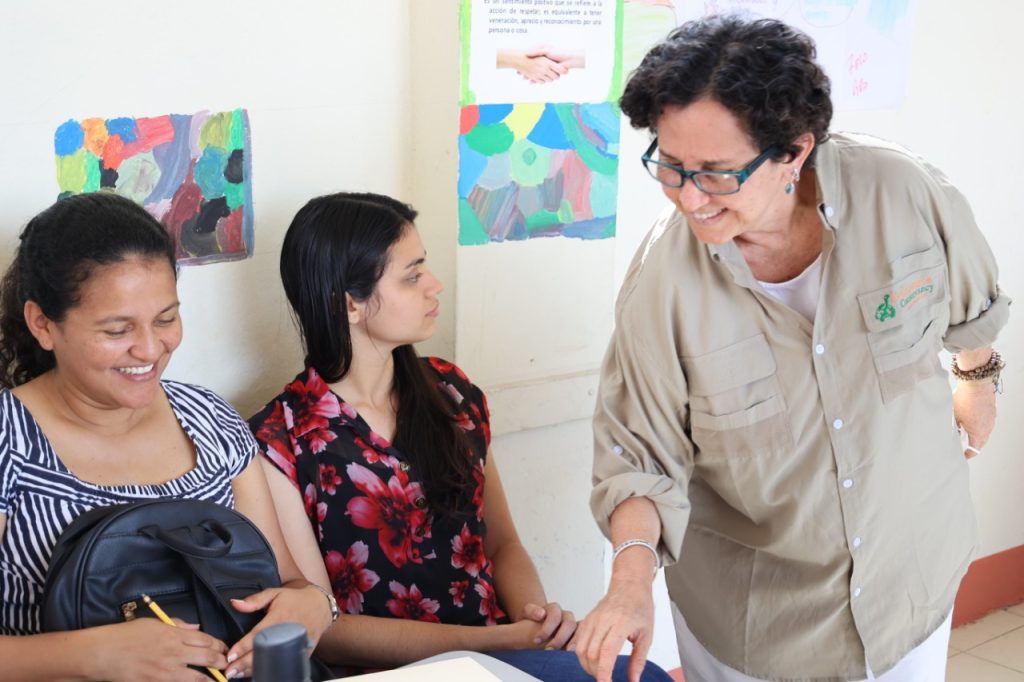 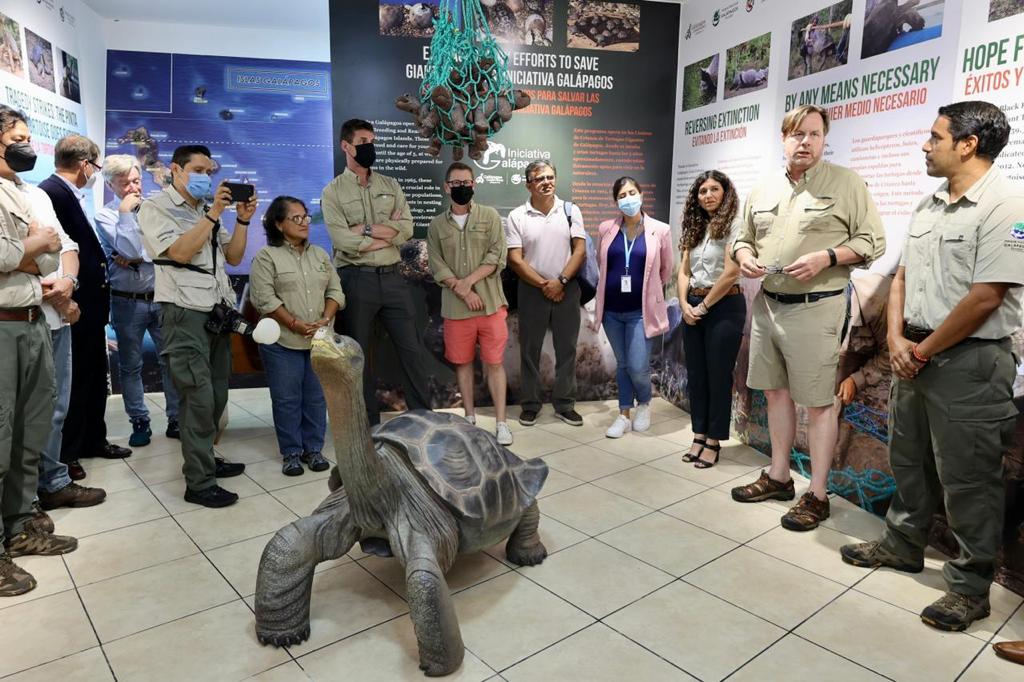